The final weekend before the judges come in!  It’s all hands on deck in the Australia Garden. Check out the final instalment of the Journey of Water video for more.

Jim is in his element here – tweaking and titivating! 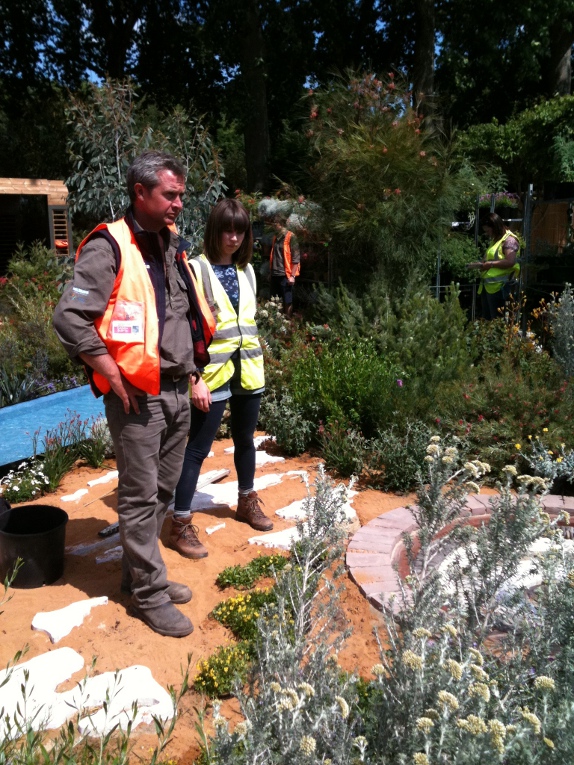 The RBG Melbourne Planting Team are completing the planting, trimming and laying the sand. 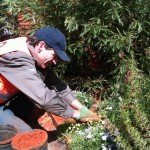 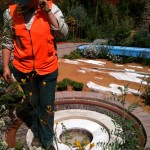 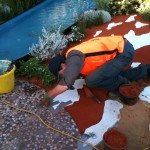 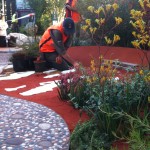 The Landform Team are making the final touches to all the detail and cleaning everything up just in time for the cameras to come in. 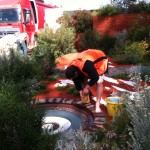 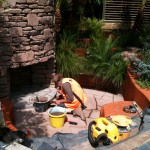 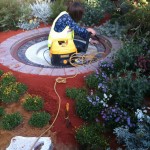 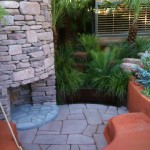 Andy Sturgeon was the first to film on the garden with the BBC and he said that we are making show history by using entirely native/indigenous plants. 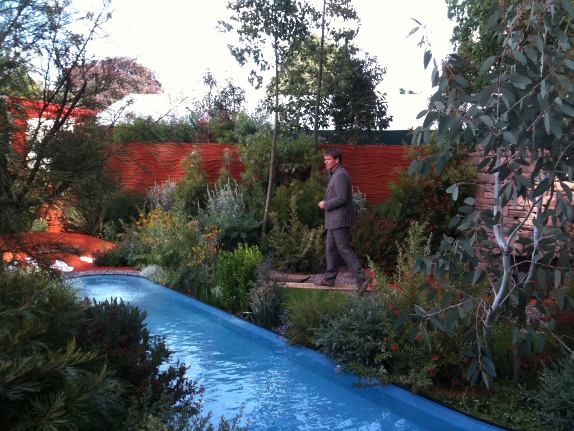 Andy Sturgeon filming for the BBC 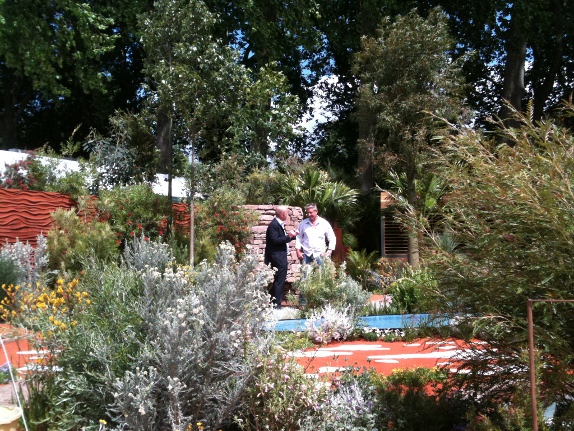 Joe Swift and Mark Gregory filming for the BBC