2013 was a busy year for Landform at the Chelsea Flower Show!

In May this year Landform were involved in two Show Garden builds, one Fresh Garden design and a trade stand design & build winning two GOLD medals, one SILVER GILT medal and the Crystal Trophy respectively!

The Homebase Garden, designed by Adam Frost and built by Landform won GOLD and was very popular with the public! 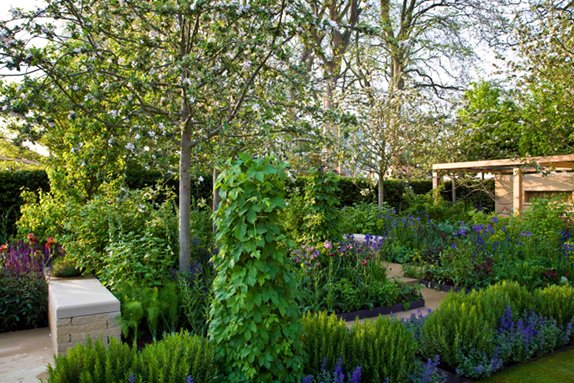 The Homebase garden is a modern family garden and has been created with a small family in mind, providing them with a space to enjoy an everyday connection with their food and with nature. It is designed for gardening, relaxation and entertaining, whilst also providing a habitat that encourages wildlife. Features in the garden included contemporary dry stone walling, water rills, a pergola and a wooden beehive. Plants included many vegetables from Barnsdale, fruit trees and perennials: 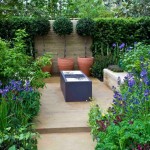 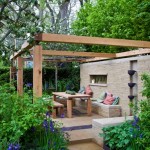 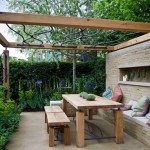 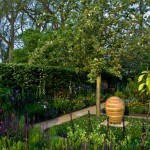 For the third year running Landform teamed up with Nigel Dunnett and the Landscape Agency to produce a GOLD medal winning garden for the Royal Bank of Canada! 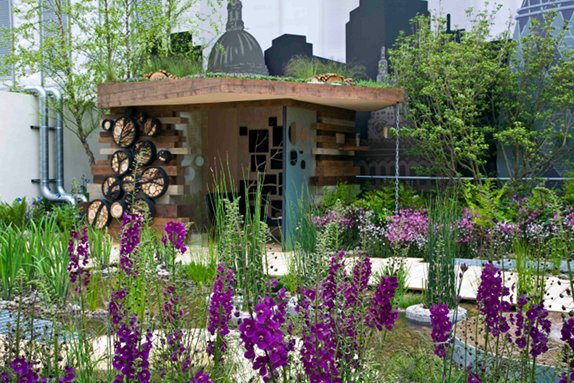 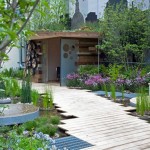 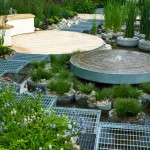 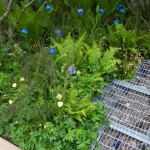 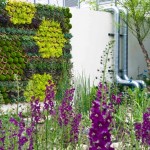 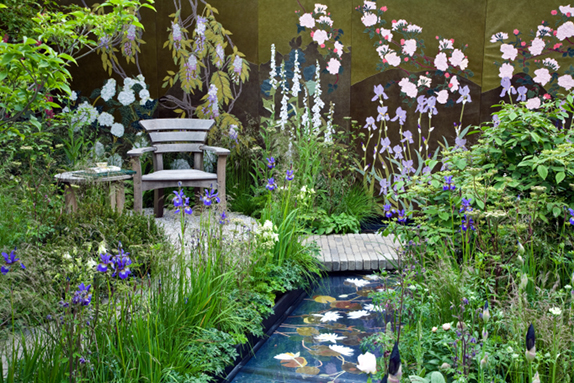 The garden included leather appliqué panels and a leather water feature designed and produced by Susannah Hunter’s studio. Contrasting with and complimenting the bold leather appliqué flowers Catherine produced a soft, naturalistic style planting scheme which included grasses, irises, aquilegias, foxgloves and peonies and was influenced by the lief and works of Massachusetts born poet Emily Dickinson. A Vande Moortel SeptimA Olive clay paver path, wound through the planting and a Gaze Burvill may thrown and table provided a point from which to relax and view the garden: 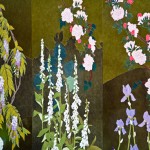 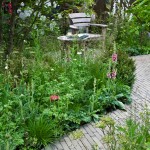 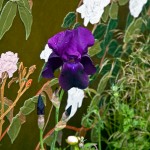 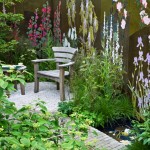 This years Hartley Botanic exhibit was designed by Landform’s Catherine MacDonald, with the interiors designed and dressed by Landform’s Rosi Millar. The team were very pleased that the stand was award the Crystal Trophy, the highest award possible for a trade stand. Hartley Botanic were celebrating their 75th Anniversary this year and launching a new glasshouse range in collaboration with the Prince’s Foundation’. 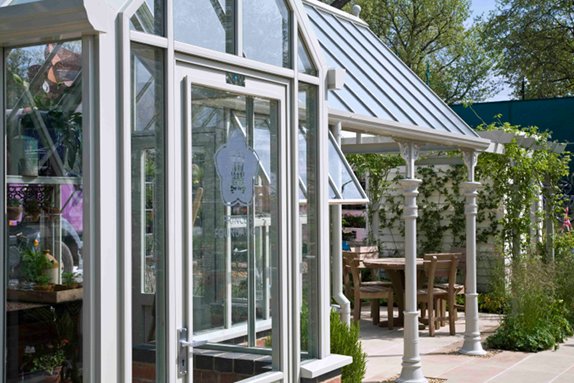