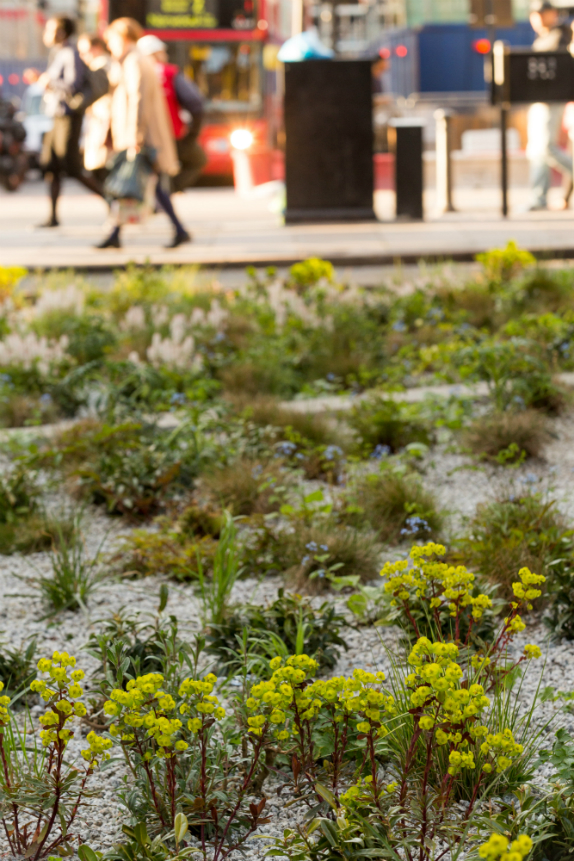 Exciting things are afoot in London Victoria! Today is the launch of the John Lewis Rain Garden. This innovative use of a formerly cobbled area in front of the John Lewis Headquarters, has been designed by Nigel Dunnett and The Landscape Agency,  and delivered by the Victoria BID project.

The Victoria BID (Victoria Business Improvement District) has already been introducing interesting projects which benefit people and wildlife, like the installation of beehives in the area. Landform have worked with Nigel Dunnett and The Landscape Agency before at the RHS Chelsea Show on the Royal Bank of Canada Show Gardens, so it was a great chance to collaborate again. 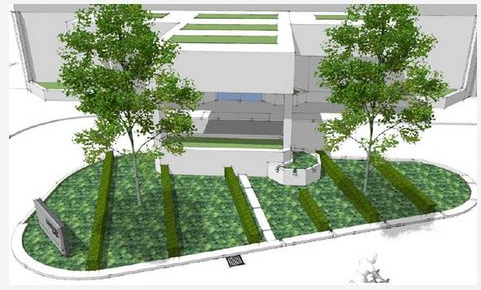 Visualisation of the Rain Garden

The Landform Team, headed up on site by our foreman Andre, started to remove the cobbled area in front of the John Lewis HQ back in February. The area had seen problem flooding in recent years, so the introduction of a Rain Garden would help use rainwater runoff from the surrounding buildings, as well as create a biodiverse, attractive green space for people and wildlife to enjoy.

And so another challenging inner city build for the Team: craning materials in and out, restricted access in a busy city area. These are all things the Landform Team are very used to handling, involving extensive co-ordination and organisation from the office to help support Andre and his crew on-site. 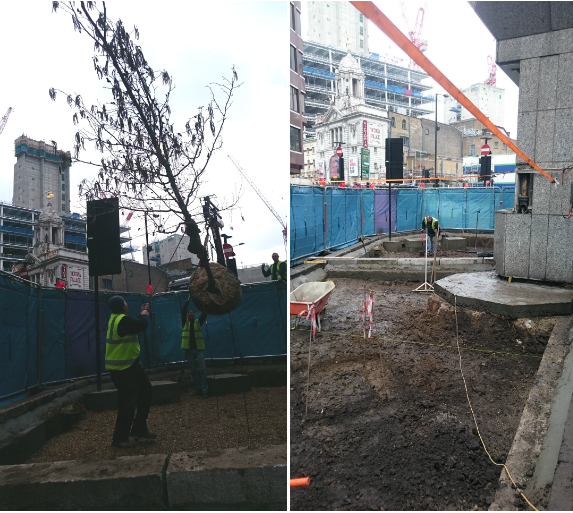 Moving the trees and preparing the soil

Over 30 plant species have been selected for their attractiveness to pollinators and for being able to cope with the UK’s changing climate. They include Rudbeckia, Kniphofias, Asters, Acanthus hungarlcus, Bergenia ‘Overture’, and Brunnera macrophylla  ‘Jack Frost’. Five large planters have also been replanted. 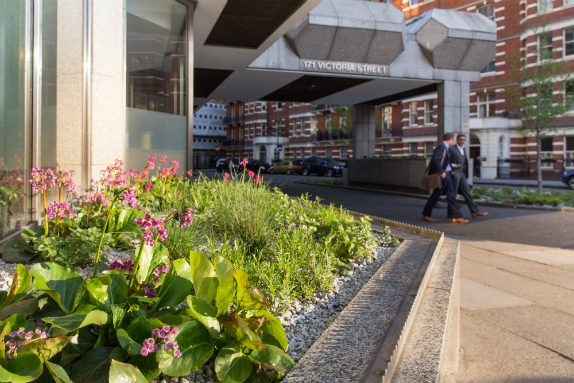 One of the five planters containing Bergenia ‘Overture’ and other plants 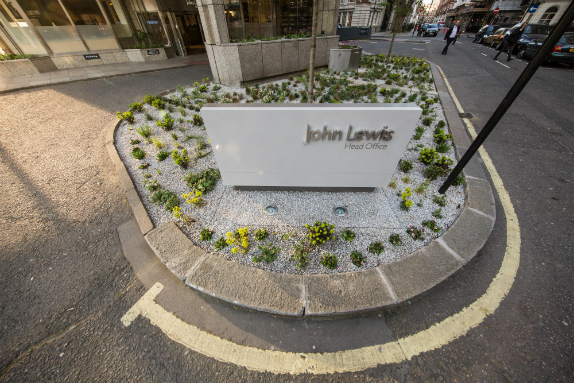 Nigel Dunnett has pioneered the introduction of green roof and rain garden ideas in the UK. In his own words, he explains why Rain Gardens are so important for the future of urban environments:

“Rain Gardens are one of the most exciting concepts in landscape architecture and garden design. They are small-scale designed features that capture rainwater runoff from buildings, pavements and other hard surfaces, and which then temporarily store, clean and slowly release that water back into the soil or drainage system, using the power of plants and soils…The John Lewis rain garden is the first one to be made in Central London and we hope it will be an example for others to follow – it is an example of what needs to be much more common as we adapt our cities to the challenges of climate change.”

The project received funding and support from the Mayor of London’s Greening the BIDs project and Natural England via the Cross River Partnership regeneration agency.