Our Landform team have many impressive “extra-curricular” skills and hobbies. They’ve run marathons, they’ve done the 3 Peaks Challenge, they’ve been on endurance runs in the Alps – but one of our team is a world champion Dragon Boat rower! Dragon Boating is an incredible sport, where 20 men race a 40ft traditional Chinese boat to the accompaniment of a drum.

Mick R has been Dragon Boat racing for many years now and two years ago, he went with his team, the Wraysbury Dragons to Revena, Italy – where they won the 2000 metres race – and World Championship status. 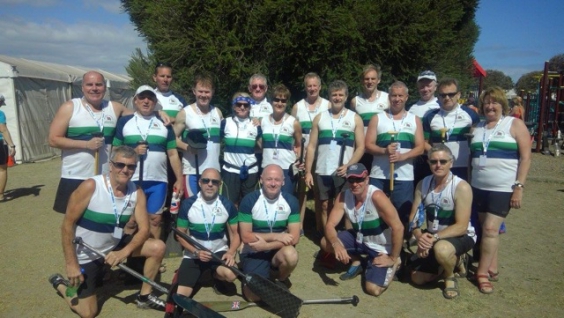 The Wraysbury Dragons earlier this month in Adelaide

Earlier this month Mick went with his crew to Adelaide to defend their title in the International Dragon Boat Federation’s Club Crew World Championships. He tells us they weren’t expecting to win again – with Adelaide being so far away, many of the team couldn’t go this time, so the crew wasn’t as strong as in 2014. Dragon boating is extremely fierce and competitive.

Regardless of these low expectations, not only did Mick’s team win the 2000 metres – retaining their championship status, they won the 500 metres and the 200 metres, with an amazing 7 wins out of 7 races! Well done Mick and the Wraysbury Dragons – that’s fantastic!

Mick in action – going for Gold! 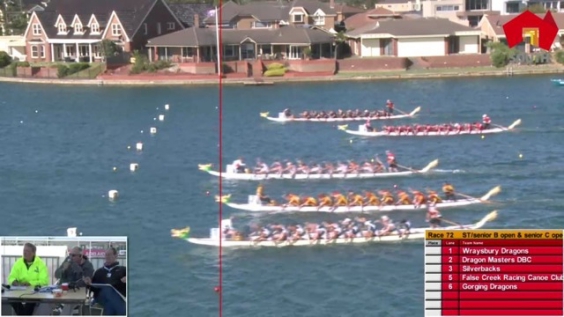 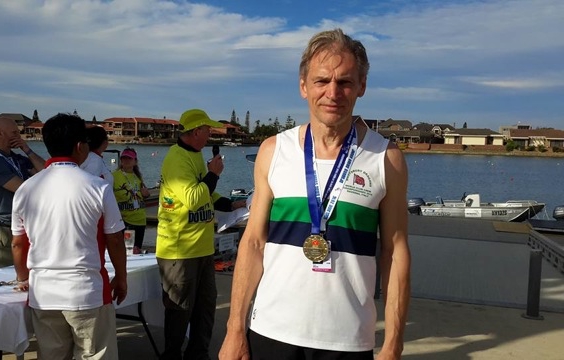 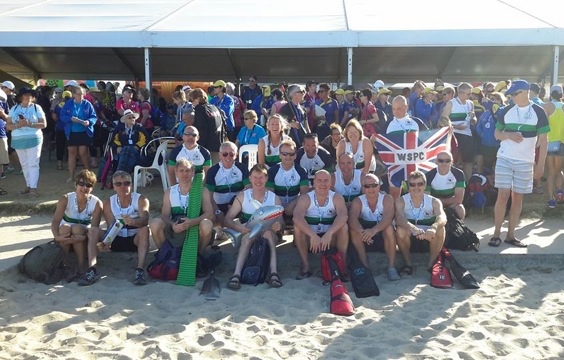 The Wraysbury Dragons – waiting for their Gold medals.